And with the industry’s first implementation of the all-new VirtualLink1 , Nvidia RTX4000 provides simplified connectivity to next-generation, high-resolution VR head-mounted displays, letting designers work in the most compelling virtual environments. 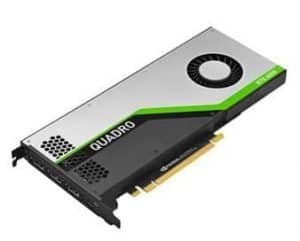 Nvidia is certified with a broad range of sophisticated professional applications, tested by leading workstation manufacturers, and backed by a global team of NVIDIA support specialists so you can focus on doing your best work.

More Information About Our Products